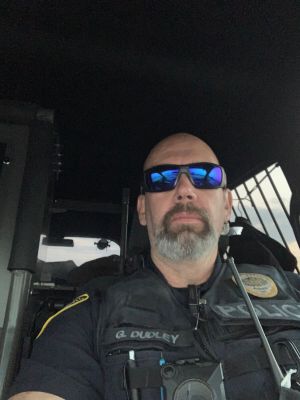 In my mind the mission of police officers is to work with the community to influence lawful behavior and to confront those who refuse to live within the law. Our system of government is based upon the idea that people choose to live within the law rather than being forced to do so. John Adams wrote, "Our Constitution was made only for a moral and religious people. It is wholly inadequate to the government of any other." The system only works when the majority of people freely choose to live within the boundaries of law. Sir Robert Peel, known as the father of modern policing wrote that police are, "To prevent crime and disorder, as an alternative to their repression by military force and severity of legal punishment... To recognize always that the power of the police to fulfill their functions and duties is dependent on public approval of their existence, actions and behavior, and on their ability to secure and maintain public respect."

The goal is preventing crime, not catching criminals. If the police stop crime before it happens, we don’t have to punish citizens or suppress their rights. An effective police department doesn’t have high arrest stats; its community has low crime rates.

My goal as President of the Draper Lodge of the Fraternal Order of Police is to help shape the Draper Police Department into an elite police agency where officers fully embody the oath we've taken and work in partnership with the citizens to ensure the rights of life, liberty and the pursuit of happiness to all within the Draper community.